January saw 1.665.943 passengers jet off to the airport’s 210 destinations as people ditched the cold in search of warmer winter climes. That marked year-on-year growth of 11.3% and brings the airport's rolling total for the year to 25.864.241 passengers.That means Manchester replaces Stockholm Airport in the list of the 20 airports with the highest passenger numbers in Europe.Moving into the top 20 also sees Manchester Airport placed ahead of European capitals such as Lisbon, Athens, Helsinki, Brussels and Vienna.Manchester has seen particularly strong growth in long haul traffic over a sustained period of time, with numbers up 13% in the last 12 months. It also marks 34 months of consecutive growth for the UK’s third biggest airport.The airport has added long haul routes such as Beijing, Houston, Los Angeles, Boston, Phuket and San Francisco, all of which can only be found at Manchester outside of London in the UK.
As well as more destination choice, the growth can also be attributed to the increase in frequency and capacity on routes out of Manchester.
January saw Emirates go to an all Airbus A380 operation out of Manchester, swapping its morning Boeing B777 service to the world’s largest passenger jet.
Manchester is one of only a handful of airports across Europe to have an all A380 operation with Emirates, putting it in the same field as the likes of Paris and Barcelona. Last month also saw Singapore Airlines switch to the Airbus A350 for its route to Singapore and Houston. The A350 is an incredibly modern aircraft and is highly efficient, offering an excellent passenger experience.At the same time, strong growth has been seen in Manchester's short haul passenger numbers, with the most popular destinations in January being Dubai, Dublin, Amsterdam, Tenerife and Paris.
Ken O’Toole, Ceo of Manchester Airport said, “To enter the top 20 airports of Europe is a significant milestone and sees us rub shoulders with the leading gateways on the continent, in terms of total passenger numbers, the mix of destinations available and the aircraft operating on those routes. It is pleasing that growth has been delivered across the board, with all categories of carriers continuing to recognise the strength of our catchment area, which stretches from North Wales in the west to Humberside in the east and up to the Scottish Borders. A growing number of international visitors are also looking to Manchester Airport as their gateway not just to the North but the UK as a whole. As 2017 continues we aim to bring on more long haul routes, in order to plug the 22m people in our catchment area to key global destinations, either to unlock investment and economic opportunities for businesses, or for far flung family holidays for leisure passengers".
Due to the extra demand aircraft movements were also up last month by 17.4%, with almost 14,000 planes taking off and landing on the airport’s two full length runways.Cargo also saw a boost with 8.133 tonnes carried, an increase of 13% on January 2016. It equates to a 10% year on year increase with the annual rolling tonnage now at 114.172.

Rolls-Royce announced that it is further expanding its global network of Authorised Service Centres (ASC) for its CorporateCare® customers.The global ASC...

Transavia to focus on growth in the Netherlands

Today, in line with the Air France-KLM strategy of Trust Together, Transavia Netherlands announced its decision to focus on growth in its home market....

January saw 1.665.943 passengers jet off to the airport’s 210 destinations as people ditched the cold in search of warmer winter climes. That marked...

It was a historic moment for Qatar Airways today, as it launched its new record-breaking Auckland service on one of the country’s most significant days...
Ultime Notizie
Iscriviti a Trasporti-italia.com

Transavia to focus on growth in the Netherlands 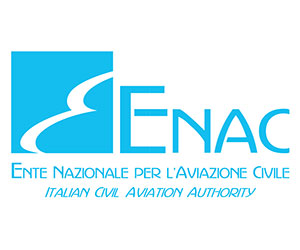